RU
Flext
+7 (495) 723-23-00
ORDER FREE
REVOLUTION IN CONSTRUCTION AND REPAIR
FLEXIBLE PROFILE
for quick assembling of any type of curved constructions
ORDER PRESENTATION AND PRICE LIST
FLEXIBLE PROFILE
The newest patented technology that extremely simplified the process of assembling of any —even the most complicated curved constructions.
ORDER FREE SAMPLES
HOW DOES
THE TECHNOLOGY OF FLEXIBLE PROFILE
STRUCTURAL FEATURES:
Flexible profile is made of two L-shaped identical halves with locks on each end (to fix in one necessary length) and a special construction of side slots (to fix L-shaped halves into a closed profile of gathered length). After connecting the profile it can be curved into any necessary shape and fixed by pressing out the side slots. Pressing can be made with pliers (not 100% fixation) or just make small cuts on side slots with tin snips. (100% fixation)
More videos on our Youtube channel!
HOW DOES PROFILE

Nowadays, to make curved constructions one has to use inconvenient materials, and also cut a common profile, constructing an arch, a ceiling or a border with roundish shapes.

All this negatively affects the quality, the speed and the cost of assembling.

The main advantage of a flexible profile “Flext” — is a significant labour input reduction in assembling constructions, multiple saving of time, human resources and at the same time — improving the quality of the created frame.

At present, the company “Flext” has created, patented and put into production two systems of flexible profiles for plasterboard and for making the stretch ceilings constructions:

SYSTEM FF Profile for
plasterboard systems SYSTEM FB The system of flexible base, that simplifies the assembling of complicated transitions when building multilevel stretch ceilings
Besides, the following systems are being planned to be put into production:
SYSTEM DF

Modification “Standart” has higher rigidity (about 20 %) in comparison with “Light” and is recommended for building suspended constructions, constructions for stretch ceilings, for the following sheeting with heavier sheet coverings ( GVL, GCR 12,5 mm ,two-layered GCR )

Flexible profile “Light” has enough rigidity for the most standard tasks when decorating flats and offices at the same time differs profitably in price and is easier to be screwed in.

Dimensions of the cross-section
60mm*27mm
Length of one item
1000mm
Weight of one meter
530-640 grams depending on a model
Minimum bending radius
200-600 mm depending on a modal
Packaging
10 meters(consists of 20 profile halves)
Size of minimum package
100 сm * 9 сm * 7 сm
Package on pallets
500 meters
Size and pallet weigh
1m*1m*0,4m, weigh 315 kg(265 kg- version “Light”)
Way of fixation after bending
Cuts over the slot with tin snips
Brand and steel thickness
galvanized steel 0,45 and 0,4 mm
It’s not under the obligatory certification

Flexible bases "Flext" allow making both "soft" (produced at the place) and "hard" (pre-manufactured) constructions for stretch ceilings. The durability of the structure assembled is very high. Good flexibility of the material simplifies assembling of complicated transitions in multi-level ceilings, especially at small radius. The use of this product in one’s work allows to get much more durable constructions than using plywood or plastic, by the way, most of the work can be done on the floor, and only then assemble a ready-made structure on the ceiling, which is much more convenient than collecting design level transition on the ceiling.

Our equipment allows us to produce a variety of options for a flexible framework for stretch ceilings. The following versions are possible:

At present, flexible standard basis from galvanized steel of 0.45 with a width of 100 and 80 mm are produced,. We accept orders for manufacturing flexible bases with required width and material combinations. 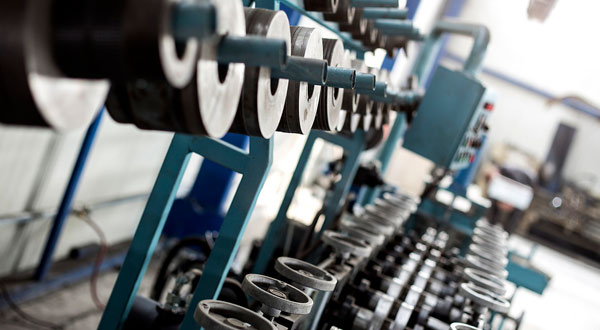 NICE BONUSES FOR MEMBERS IN OUR GROUPS:
ORDER FREE SAMPLES

Please leave your contacts.
Our manager will connect you to clarify the details of the
order and calculate the personal discount

your question
Thank you!

Please leave your contacts
Our manager will connect you